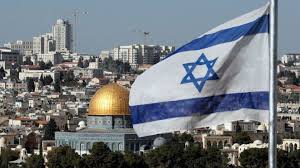 If you have been wondering when the twenty Democratic aspirants for the presidency will begin a serious discussion of American foreign policy in the Middle East, where Washington has been bogged down in both current and impending wars, you are not alone. With the honorable exception of Tulsi Gabbard, no one seems keen to touch that particular live wire.

Part of the problem is the journalists who are asking the questions in the debates. To be sure, the publication of "The Israel Lobby and U.S. Foreign Policy" by professors John Mearsheimer and Stephen Walt back in 2007 opened the door to a frank discussion of why the United States is involved in unresolvable conflicts on behalf of a tiny client state. But unfortunately, while it is now possible to find in the mainstream media some honest analysis of Israel's ability to corrupt policy formulation in Washington, in general the Jewish state continues to get a pass from both the press and politicians on all issues that matter.

And then there is the problem of Congress itself, which is precisely the institution that has been most corrupted by Israel and Jewish money. Almost thirty years ago, American politician Pat Buchanan described Congress as "Israeli occupied territory." As a result, he was viciously attacked by the mainstream media and the political leadership of both parties, demonstrating beyond all doubt that he was correct in his observation. Today the Israel Lobby in the United States is far more powerful than it was in 1990, so much so that Israeli Prime Minister Benjamin Netanyahu actually boasts to his voters that he directs U.S. policy.