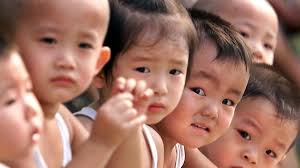 A new documentary has revealed the horrifying ordeal millions of Chinese mothers had to endure for decades because of the country's now-defunct one-child policy.

Ordinary families have made frank confessions of how the controversial family-planning law affected their lives in the soul-searching production, called One Child Nation.

Most of them confessed that they had no choice but to follow the law set out by the country's Communist Party in the 1970s.

Between 1978 and 2015, most Chinese couples living in urban regions were only allowed to have one child.

The mothers would have to face forced abortions if they fell pregnant with a second child by accident or on purpose.

The law was abolished on January 1, 2016 and couples are now allowed to have up to two children.

The brainchild of two Chinese filmmakers Wang Nanfu and Zhang Jialing, the 85-minute film, to be released by Amazon on August 9, won this year's Sundance Grand Jury Prize Winner for unmasking 'the tightly held secrets of China's one-child policy'.