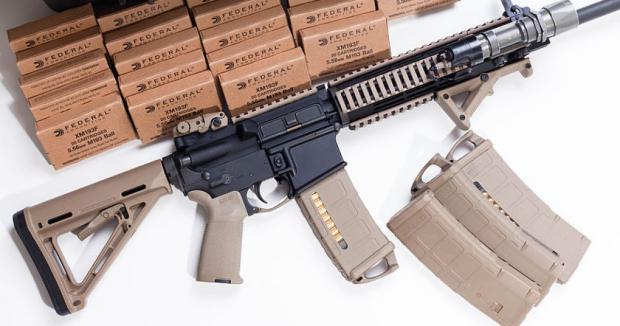 This ruling came in response to a California Rifle and Pistol Association (CRPA) lawsuit against the state's "assault weapons" ban.

AWR Hawkins reports that the CRPA originally "sought a summary judgement against the "assault weapons" ban on behalf of Plaintiff Steven Rupp."

What Stanton gets wrong is that M-16s are fully automatic firearms, while AR-15s are semiautomatic rifles. Stanton's reasoning mirrors California Attorney General Xavier Becerra, who said that "[a]ssault rifles may be banned because they are, like the M-16, 'weapons that are most useful in military service'; and 'they are also not "in common use" for lawful purposes like self-defense.'"

Since the Parkland shooting in 2018, the AR-15 has become the whipping boy for the gun control crowd.

However, the fears surrounding the AR-15 are misguided. In 2017, all types of rifles were involved in the deaths of 403 people. This was a year when approximately 15,000 people were murdered, this includes both firearms and non-firearms related deaths.