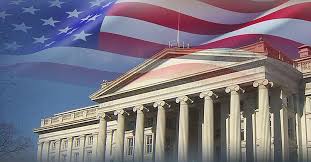 They projected that Social Security's enormous trust funds would completely run out of money in 2039.

Naturally nobody paid attention. Back in 2009 the economy in shambles, so focusing on a future economic crisis that was more than three decades away was a low priority.

And for the past decade, the US government has continued to ignore its Social Security problem.

But it's become much worse.

Ten years later, the Board of Trustees now projects that Social Security's primary trust fund will run out money in 2034.

That's five years earlier than they projected back in 2009. And it's only 15 years away.

Now, 15 years might seem like a long time. But take a minute to grasp the magnitude of this problem:

According to the US government's own estimates, Social Security and Medicare combined are underfunded by $100 TRILLION.