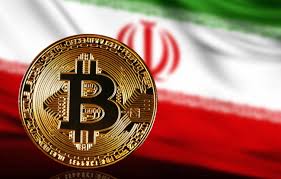 Governor of the Central Bank of Iran (CBI), Abdolnaser Hemmati said that "a mechanism to mine digital coins were approved by the government's economic commission and will later be put to the discussion at a Cabinet meeting."

The Bitcoin craze has circulated around Iranian media, landing on front pages of newspapers and has been featured on television news shows across the country. Even some of the country's top ayatollahs have been publicly discussing cryptocurrencies, according to the Associated Press.

Some government officials are concerned that the energy-intense process of mining Bitcoin is violating Iran's system of subsidized electricity.

We do believe that the cryptocurrency industry should be recognized as an official industry in Iran to let the country take advantage of its tax and customs revenues."

Cryptocurrencies are an alternative to fiat money printed by sovereign governments around the world. Central banks have limited authority over Bitcoin and other digital currencies because the coins trade outside of the Society for Worldwide Interbank Financial Telecommunication, commonly known as SWIFT.

Can Bitcoin be banned? : The Bitcoin.com Weekly Update