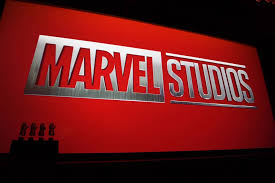 Marvel movies did more than entertain audiences for 10-plus years. They gave conservatives a respite from the social justice messaging that plagues Hollywood today.

Even when the Marvel Cinematic Universe, or MCU, touched on geopolitical themes (think "Iron Man's" arms dealer subplot) it didn't wag its finger at us. The emphasis remained on a rollicking good time, the kind audiences of all ages cheered.

Did the biggest movie franchise on the planet just get woke? Or will the diverse pivot result in bigger, brighter stories?

Earlier this year, "Captain Marvel" fed us clumsy female empowerment courtesy of Brie Larson. The Oscar winner's social justice bona fides are beyond dispute off-screen, and she eagerly brings that attitude to her work.

That's a problem in more ways than one.

Obviously, a liberal MCU could turn off a huge swath of the country, a risky move in economic terms. These movies boast massive budgets and even larger marketing machines. Alienating Red State America could hit them hard at the box office, at least stateside.