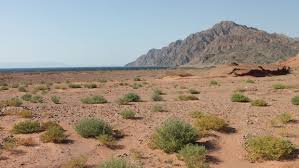 It's here in northwest Saudi Arabia that Crown Prince Mohammed bin Salman wants investors to put their money to realize his US$500 billion vision for the region. Called "Neom," it promises to be the most freewheeling part of the kingdom, with state-of-the-art resorts and smart technologies run by robots.

But it's also here where the risks to the 33-year-old prince's grand plan for his country are writ large. Neom is the boldest pillar of a social and economic transformation that so far has seen at least as many delays as successes. Indeed, the question since the prince announced the vast development at an extravaganza in 2017 has been whether it can become a reality.

A three-day trip to the region, which is roughly the size of Massachusetts, showed the scale of the task as well as the potential. Many of the locals who have lived there for years are looking forward to some prosperity, while others are concerned they will be removed and their homes bulldozed.

The area has stunning, untouched shorelines with waves rippling in the turquoise water. Purple volcanic mountains loom over the Red Sea. Historic sites include a wadi where locals believe Moses landed when he crossed over from Egypt, alighting in a valley along the water.