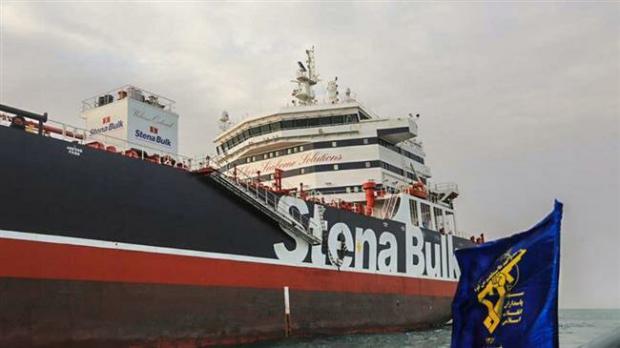 In the letter on Wednesday, Iran told the United Nations Security Council that the British tanker "Stena Impero" collided with a small fishing boat on July 19, and badly injured its crew -- some of whom remain in critical condition.

Afterwards, instead of responding to distress calls from the boat and radio communications from Iranian authorities, the British tanker turned off its transponder and "dangerously" changed course in the direction of incoming ships, the letter read.

That is when, according to the letter, Iran's Islamic Revolution Guards Corps (IRGC) intervened and took the ship and its crew into custody.

Tehran asserted in the letter that the seizure, which took place in accordance with international regulations, was necessary for protecting the safety and the order of maritime navigation at the Strait of Hormuz strategic choke point.