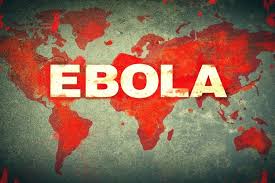 If you haven't heard by now, the World Health Organization has declared the Ebola outbreak in the Democratic Republic of Congo an international emergency. Despite this, experts STILL recommend keeping the borders open to the DRC.

After 3 previous meetings in which WHO was reluctant to provide this designation to the crisis, the tipping point was a case of Ebola in Goma, a city of over one million people that is right on the border of Rwanda. Goma is a major transport hub, and as such, should Ebola take a foothold there, it's entirely likely we could see it spread to the furthest corners of the earth.

Here's how some of the far-flung cases have spread.

The patient in the case in Goma was a pastor, and he has passed away from the disease. Having died (and been contagious) in such a densely populated urban area, there are fears that others may have contracted the disease from him.

The people who traveled on the bus with the ailing pastor were all identified and given an experimental vaccine (which thus far has been very effective.) Then, according to the Health Ministry, workers followed up with the pastor's contacts off the bus, as well as the contacts of his fellow passengers.

"Because of the speed with which the patient was identified and isolated, and the identification of all the other bus passengers coming from Butembo, the risk of it spreading in the rest of the city of Goma is small," the ministry said in a statement. (source)

In another case, the disease appeared in Uganda. A Congolese woman traveled to Uganda to purchase fish on July 11. She went back to DRC, where she perished of Ebola on July 15.

Despite this, the WHO is still not clamping down on border security.

Dr. Tedros Adhanom Ghebreyesus, director-general of the WHO, still wants surrounding countries to keep their borders open to DRC.

Dr. Tedros said that it was important that neighbouring countries did not close their borders as this would have a negative impact on travel and trade.

"Now is the time for the international community to stand in solidarity with the people of DRC, not to impose punitive and counter-productive restrictions," he said.

He added: "Such restrictions force people to use informal and unmonitored crossings, increasing the potential for spread of the disease." (source)