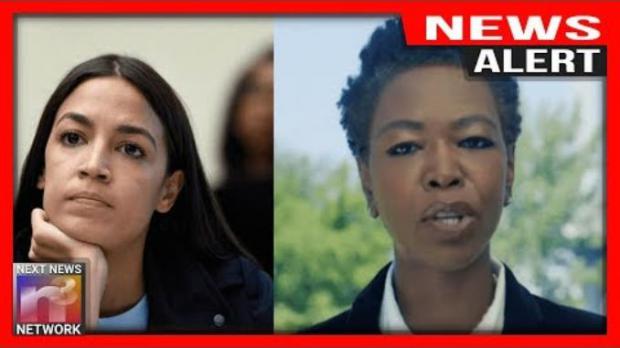 Anyone with half a brain in AOC's district is breathing much easier today.

It seems a legitimate challenger has emerged and she's a REPUBLICAN.

If Murray doesn't appeal to the voter's in AOC's district, then I'd say that they might be the dumbest voting district in America.

Here's more from The Daily Wire:

"I'm a Jamaican immigrant. And I love America. Not the America radical socialists want to see, but the America that is a land of opportunity for all. That's what I'm fighting for," New York businesswoman Scherie Murray, 38, declared in a series of social media posts Wednesday announcing her candidacy for the Republican nomination in Ocasio-Cortez's district (tweets below).

In her campaign launch, Murray has made clear that she's not going to pull any punches on her potential opponent. "There's a crisis in Queens and it's called AOC," Murray said in a tweet she's pinned to the top of her page. "She isn't worried about us — she's worried about being famous. That's why I'm running for Congress."

"You deserve someone who will fight for you, not fight for the limelight. Someone who will build bridges, not burn them down," said Murray in a post presenting her official 2020 announcement video. "Lawmakers should be working together to build a stronger, safer, more prosperous America, but your representative in Washington chooses self-promotion over service, conflict over constituents, resistance over assistance," Murray says in the video.