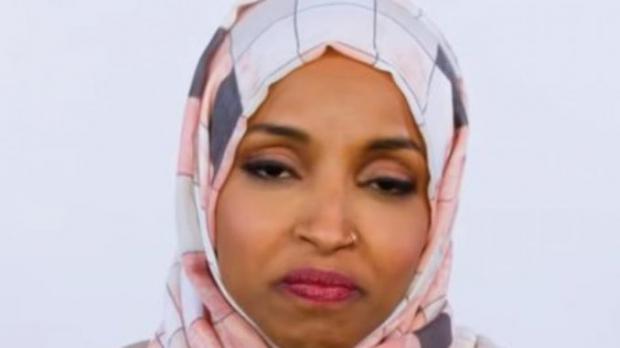 David Steinberg released his latest report on controversial Rep. Ilhan Omar on Thursday, it can be read in its entirety at PowerLineblog.com.

Jim Hoft's, The Gateway Pundit suggests that: According to Steinberg there is credible evident that Ilhan Omar and her family changed their name to illegally enter the United States back in 1995.

There are also allegations that suggests that Ilhan Omar, from that time forward, through her time as an adult, has continued to break United States law. Steinberg believes Rep. Omar committed perjury at least eight times, beginning as early as 2009. If proven in a court of law, the charges against the Muslim Democrat Rep could mean up to 40 years of prison time and/or even forced deportation.

If Steinberg's research and allegations prove to be true, it would sure seem that Ilhan Omar has no regard for US law and yet there she is, "serving" in Congress representing Minnesota, voting on what becomes the law of the land in the greatest nation on Earth and is even a sitting member on the House Foreign Affairs Committee.

This story is developing quickly and David Steinberg has reported today on Ilhan's alleged criminal activity.

Again, if the allegations are proven, it would sure seem that the Minnesotan Rep has no qualms about lying on federal documents.  I'm not an attorney and I could be wrong, but that sounds like the "F" word to me … FRAUD.

Powerline.com Reported: Please read the verified evidence below — and read it alongside the three years of verified evidence published by Scott Johnson, Preya Samsundar, and myself (our work is linked here). The answers to those questions about 2009 appear to give probable cause to investigate Omar for eight instances of perjury, immigration fraud, marriage fraud, up to eight years of state and federal tax fraud, two years of federal student loan fraud, and even bigamy.

To be clear: The facts describe perhaps the most extensive spree of illegal misconduct committed by a House member in American history.

David Steinberg wraps up his article with the following list of possible crimes Ilhan Omar may have committed:

Yet here we have: