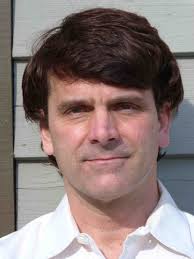 Maybe it sees you. Maybe not.

In Vienna, Austria the other day one didn't – and struck a woman who got in its way. As a result of this incident, Viennese authorities have temporarily suspended the automated (they prefer "autonomous," which is etymologically disingenuous) bus project, which as here was being beta-tested on public roads with the public serving as guinea pigs.

It's true, of course, that buses with drivers sometimes hit people. But there is something off-putting about  putting our lives in the hands of software and actuators which – as Kyle Reese in the original Terminator put it – can't be reasoned with and doesn't feel pity or remorse . . .

Or anything at all.

Of course, that's just the point. Automated buses (and taxis) don't have drivers who get tired or angry about their low pay. They are electronic slaves which will be used to enslave the rest of us, in part by unemploying millions of truck and bus and taxi drivers – who will become economically useless and thus entirely dependent.

Our "safety" – the usual warble – only matters when it doesn't cost them – our corporate/government overlords – anything. If this were not the case, these automated vehicles would not be allowed outside the confines of the close-to-the-public test track.

Instead, they are tested on public roads – because getting them into circulation quickly trumps every consideration of public safety.