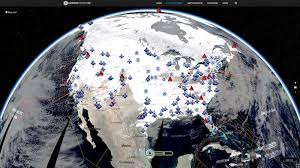 According to the author of Behind the Green Mask, Rosa Koire says that "U.N. Agenda 21 is an agenda for the 21st century. It  is an inventory and control plan; inventory of all land, water, all minerals, all plants, all animals, all construction, all means of production, all food, all energy, all information, and all human beings in the world." It's about moving populations into concentrated city centers and clearing them out of rural areas under "Smart Growth." Under the guise of "Sustainability," Agenda 21 is the hijacking of the environmental movement.

Agenda 21 is top-down hierarchy, moving away from current government structure based on elected positions in Federal-State-County-City, to a global-regional-neighborhood structure without elections. Currently hundreds of millions of federal dollars are going to cities to create regional plans to give over control of land, and land use, to corporations. For instance, the federal government gave the Telecom Industry new powers to sidestep over the public right-of-way for the roll out of 5G technology by removing regulatory barriers that might prevent infrastructure.