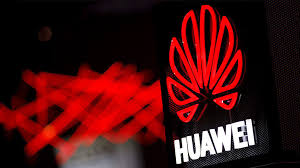 According to media reports, the user experience (UX) design features a brand new ringtone and notification panel, a cleaner interface for the camera, more animation and faster speed. Users can also add widgets and personalize the locked screen. Citing industry experts (most likely of Chinese origin), the Global Times reported that "it is possible for Huawei to build a sustainable smartphone ecosystem on the HongMeng OS and reshape the current market dominated by Android and Apple's iOS", although the new system is primarily designed for industrial automation and applications in the Internet of Things (IoT).

"Given the design features of the HongMeng OS, it can be a game changer in IoT-related areas, such as driverless cars and smart homes," Fu Liang, a Beijing-based independent industry analyst, told the Global Times.

According to Huawei's website, the HongMeng OS is built with a processing latency of less than 5 milliseconds, which is especially required in circumstances involving IoT applications that often need to transfer large amount of data simultaneously.