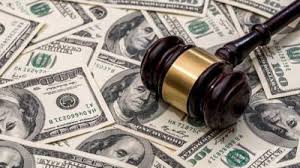 Suboxone, which proved to be a blockbuster-selling drug for Indivior, is an addiction-fighting medication that also contains opioids. Indivior was spun off into a separate company from the RB Group in December 2014, but the exposure and looming litigation and probes related to Suboxone were still attached to the parent company.

On April 9, a federal grand jury in Virginia indicted Indivior for "allegedly engaging in an illicit nationwide scheme to increase prescriptions of Suboxone," according to the DOJ. The company denied the charges and trial is scheduled to start in May 2020.

Federal prosecutors charged that Indivior allegedly marketed a version of Suboxone (Suboxone Film) to medical professionals as less addictive and safer than other drugs containing its active ingredient, the opioid buprenorphine, according to the DOJ statement. -ABC News