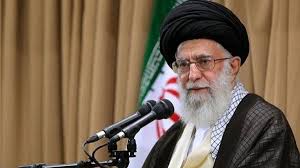 Early today 'two U.S. officials' spread a scare story about Iran which lead to this CNN headline: Iranian boats attempted to seize a British tanker in the Strait of Hormuz

Armed Iranian boats unsuccessfully tried to seize a British oil tanker in the Persian Gulf Wednesday, according to two US officials with direct knowledge of the incident.

The British Heritage tanker was sailing out of the Persian Gulf and was crossing into the Strait of Hormuz area when it was approached by boats from the Iranian Islamic Revolutionary Guard Corps.

The Iranians ordered the tanker to change course and stop in nearby Iranian territorial waters, according to the officials.

A British warship prevented an apparent attempt by five Iranian small boats to direct a British oil tanker towards Iranian waters on Wednesday, according to two U.S. officials.

The UK defence ministry said that "three Iranian vessels attempted to impede the passage of a commercial vessel, British Heritage, through the Strait of Hormuz."