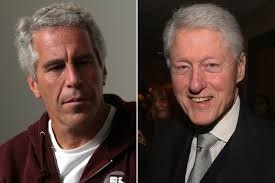 Epstein allegedly used the airplane to shuttle underage girls between his residences in New York and Palm Beach, Florida