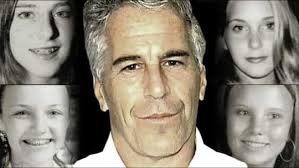 The book was smuggled out of Epstein's residence by his former house manager, Alfredo Rodriguez, who was busted trying to sell it in 2009 for $50,000 - only to get caught, charged with obstruction of justice, and die in prison after 18 months from a 'long illness.'

According to an FBI affidavit, Rodriguez described the address book and the information contained within it as the "Holy Grail" or "Golden Nugget" to unraveling Epstein's sprawling child-sex network. But despite having been subpoenaed for everything he had on his former boss, Rodriguez didn't share it with the FBI or Palm Beach Police Department detectives investigating Epstein. Instead, he tried to make a $50,000 score by covertly peddling the black book to one of the attorneys launching lawsuits at Epstein on behalf of his victims. -Gawker

According to a 2015 Gawker article, Epstein's little black book contains hundreds of names that a hobnobbing socialite billionaire might keep on hand, however around 50 of the entries were circled by Rodriguez - "including those of many of Epstein's suspected victims and accomplices," according to the report.