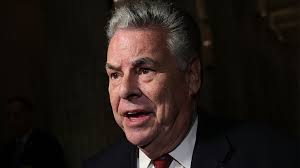 (Natural News) Rep. Peter King (R-NY) says that he's "confident" that the American people will learn of "severe, serious abuses" carried out by the FBI and CIA against President Trump and his campaign during the 2016 US election.

Speaking with New York radio host an billionaire John Catsimatidis, King said "There was no legal basis at all for them to begin the investigation of his campaign," when asked about the ongoing probe by Attorney General William Barr, referring to the FBI's application for a FISA warrant to spy on former Trump campaign adviser Carter Page.

"Just from evidence I've seen over the last several years being on the Intelligence Committee, being a member of Congress," said King, "there's no doubt to me there were severe serious abuses that were carried out in the FBI, and I believe the top levels of the CIA."

While Democrats dispute that anything untoward took place against Trump or his campaign, Republicans have called out the FBI for relying on an unverified dossier compiled, and possibly fabricated, by a former UK spy on behalf of the Clinton campaign.

Republicans, including California Rep. Devin Nunes, claimed that federal authorities did not fully disclose their reliance on an unverified dossier compiled by Christopher Steele, which was part of opposition research for Hillary Clinton's campaign.

Robert Gates and Those 'Transfer Cases'

What EVERYONE IS MISSING ABOUT AFGHANISTAN And The Taliban's CIA ROOTS!!!