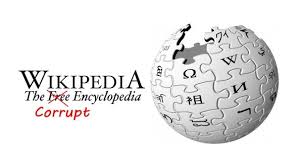 On Saturday Jeffrey Epstein was arrested on his return flight to the United States from vacation in France.

Epstein pleaded not guilty on Monday to charges that he was trafficking underage girls for sex.

Then she dropped this BOMB!…
Sarnoff said that ALMOST EVERY TIME that Clinton was on the plane via the pilot logs there were underage girls on the plane.

Conchita said Clinton refused her request for an interview.

Conchita Sarnoff: I know from the pilot logs. And these were pilot logs that were written by different pilots at different times, that Clinton went, he was a guest of Epstein 27 times… Many times Clinton had his Secret Service with him and many he did not. Almost every time Clinton's name is on the pilot log, there are underage girls.

This is a HUGE development.

But if you turn to Wikipedia to learn about Jeffrey Epstein all you will get is lies.

Trump kicked Epstein out of Mar-a-Lago and worked with lawyers during his first court case in Florida.

And yet liberal reporters use Wikipedia as a reliable source!
Think of that!

Here is the earlier Wikipedia version with Clinton. Here is the later Wikipedia version without Clinton and with Donald Trump.