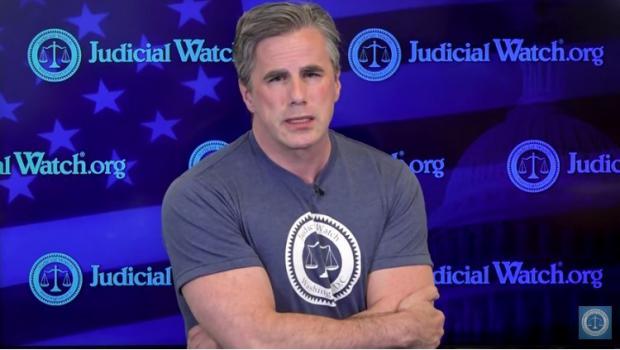 (NationalSentinel) Judicial Watch president Tom Fitton says thanks to the work of his organization, the Justice Department and Attorney General William Barr have "more than enough" evidence to reopen the investigation into former Secretary of State Hillary Clinton's mishandling of classified emails.

In addition, Fitton said in a July 3 video, not only is there enough evidence to investigation Clinton, but also "her former colleagues at the State Department, frankly, in the Obama White House and in the Justice Department itself."

Fitton's organization has been out front for more than two years uncovering, through Freedom of Information Act requests and lawsuits, damning information regarding the "Spygate" scandal initiated by the previous administration to undermine President Donald Trump or run him out of office.

"I mean as if Benghazi wasn't bad enough" — a reference to a terrorist attack on the U.S. consulate in Benghazi, Libya, in 2012 in which a U.S. ambassador and three American special operators were killed — "they lied about it, then they got caught," and in the process, Judicial Watch discovered that under Clinton, national security had also been compromised, Fitton noted.

"This isn't Judicial Watch saying this, this is the testimony of a former State Department official," Fitton noted further.

The JW president noted that his organization has done all the "heavy lifting" in uncovering evidence of a series of alleged criminal actions by Clinton and others during her tenure at the State Department, but so far nothing has come of it.

That includes evidence "that the Obama White House was involved" in covering up for Clinton and for Spygate, according to testimony Judicial Watch has received, and that Clinton herself was warned — twice — about email security, warnings "she acknowledged," Fitton said.

He also noted that the evidence indicates State Department officials "knew almost immediately" that Clinton was using an unsecured private email system "that wasn't being searched in response to FOIAs, congressional requests [for information], and other inquiries."

Fitton also said that his organization has "faced nothing but obstruction" from both the State Department and the Justice Department in its ongoing efforts to uncover more evidence of wrongdoing during the Obama administration, especially as it relates to Clinton's activities.

He even noted that a federal judge recently asked Justice Department lawyers, in so many words, why they were continuing to "defend the indefensible."

It's not clear at this point if Clinton can even be prosecuted for her alleged criminal actions regarding the mishandling of classified information; the statute of limitations for most national security violations is five years.

Hunter Biden Report Will Be Sent to DOJ for Criminal Referral

Enraged Trump threatens that 'a big price must be paid'--