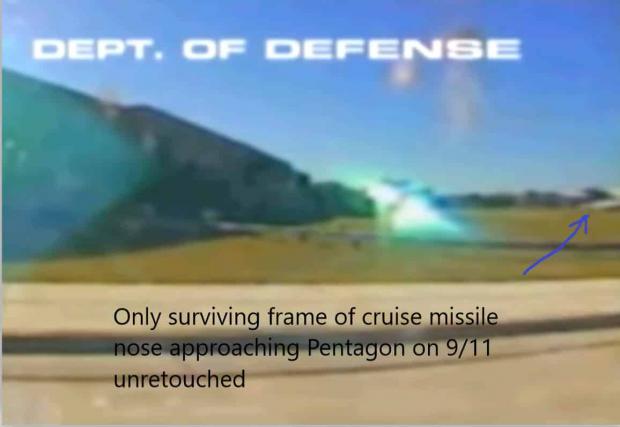 A few days ago we stumbled over a huge boondoggle, a frame not erased from one of the 9/11 videos that the public never saw but was declassified after gutting it of frames and pixels.  It shows an ACLM cruise missile descending into the Pentagon on 9/11 clear as day.

With hundreds, even thousands of amateur sleuths out there, why haven't they pulled this up?

We have long been pointed at traitors among the Bolton crowd, he was a relatively minor player then compared to Wolfie and Pearle, who are now pushing for war with Iran.

Same cast with Trump but now we see more clearly, it was always traitors from the Air Force Academy, we were briefed on that early on.  Sec. of Def. Chuck Hagel spent his tenure rooting them out of the nuclear command structure after their attempt to steal nuclear weapons and hijack a B52. (see Addendum I)

And now as we are getting leaks alleging that the US has a secret space program, we are going to look closer to home and perhaps beyond a bit to explain the utter insanity of the Supreme Court, the Senate and the carefully coordinated war on reason by the fake "both sides are the same" press.