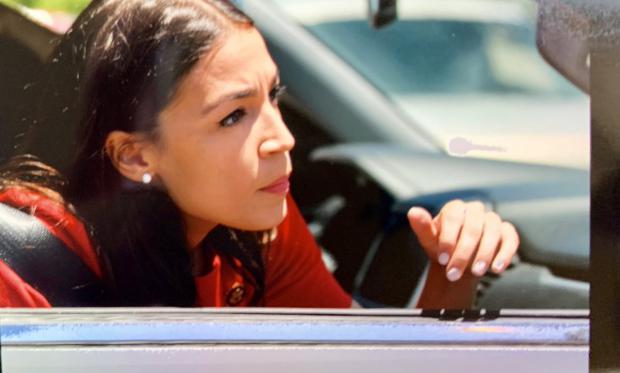 Rep. Alexandria Ocasio-Cortez claims Border Patrol agents are forcing migrants to drink out of toilets and live under other extreme conditions — while the officers sit back and laugh.

"I see why CBP officers were being so physically &sexually threatening towards me," the congresswoman tweeted Monday after leaving a US Customs and Border Protection facility in Texas.

"Officers were keeping women in cells w/ no water & had told them to drink out of the toilets," she said. "This was them on their GOOD behavior in front of members of Congress."

The New York lawmaker was visiting a number of migrant detention centers scattered along the southern border on Monday with other congressional Democrats following reports of terrible conditions and repeated sexual assaults.

"Now I've seen the inside of these facilities," Ocasio-Cortez tweeted. "It's not just the kids. It's everyone. People drinking out of toilets, officers laughing in front of members Congress."

She added, "I brought it up to their superiors. They said 'officers are under stress & act out sometimes.' No accountability."

Ocasio-Cortez claimed that she "forced" herself into a cell with a group of female migrants and began speaking to them.

"One of them described their treatment at the hands of officers as 'psychological warfare' – waking them at odd hours for no reason, calling them wh*res, etc," she said. "Tell me what about that is due to a 'lack of funding?'"

The freshman legislator was planning to visit detention facilities in Clint — where the Trump administration "was denying children toothpaste and soap," she said.