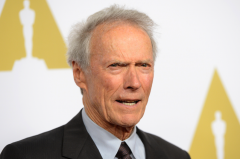 Despite the boycott of filming in Georgia launched by Hollywood liberals angry over the state's new pro-life "Heartbeat" law, legendary actor/director Clint Eastwood will be making his latest movie, "The Battle of Richard Jewell," in Atlanta this summer, reported NBC Charlotte and other media.

"Clint Eastwood will perform new film in Georgia despite abortion bill boycott," tweeted NBC Charlotte on June 25. The movie is about Richard Jewell, a police officer and security guard who discovered a bomb at the 1996 Summer Olympics in Atlanta, Ga., and saved countless lives. Jewell was initially hailed as a hero and then was viewed as a suspect.

The liberal media criticized Jewell relentlessly and essentially practiced "trial by media." Eventually, however, Jewell was completely exonerated and the real bomber, Eric Rudolph, was captured.

The heartbeat bill in Georgia prohibits abortion once a baby's heartbeat starts, which is usually six weeks into pregnancy. The bill, signed into law in May, allows exceptions in the cases of rape, incest, or if the mother's life is at serious risk.

Rick Moranis tells NYPD cops to 'catch the bad guy' after the...