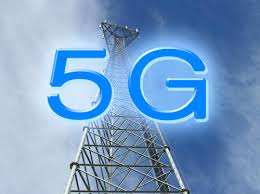 If you're downloading a movie in minutes, how long before you run over your data cap?

I'm sitting on a park bench on a sunny Friday in Randwick, a Sydney suburb just a hop, skip and jump away from Bondi Beach. I've stopped to smell the roses like a retiree, except instead of feeding the birds breadsticks I'm perusing the Google Play store for a game. I feel like some chicken dinner. PUBG it is! I click download. I check Twitter. I answer an email. After 54 seconds, PUBG, a 2.04GB game, is ready to play.

This accelerated download speed, much faster than the 5 minutes, 57 seconds it takes to download the game via my office broadband, happens thanks to LG's 5G-equipped V50 ThinQ. Is this the future? Almost.

5G has been hailed as the next big tech revolution, powering everything from self-driving cars to smart farming equipment. The technology, which promises a faster, smarter and more responsive network, has begun its protracted launch throughout Australia. As with 5G in the UK, there's only one carrier that offers working mobile 5G servers so far: Telstra. (Optus, a competing carrier, is also rolling out 5G, but in the form of home broadband connections.)

My sitting on a park bench in Randwick, four miles away from my office, isn't an accident. I've come here because there are only a handful of suburbs in Sydney where 5G is accessible, and Randwick is one of them.

The stakes for 5G are particularly high in Australia, where we have world-class 4G and third-world broadband. Our state-run National Broadband Network has been an ongoing catastrophe for a decade, costing more than originally anticipated and delivering slower speeds than originally promised. It's such a problem that there's an argument that 5G could actually be a tenable replacement for broadband.

Technically speaking, we're now in the 5G era. In the US, Sprint and Verizon already offer 5G phones like the Samsung Galaxy S10 5G. Also like Telstra, the coverage is limited -- our Speedtest.net download speeds for AT&T went above 1.7Gbps, with coverage limited to small business zones -- yet expanding. Here in Australia, both LG's V50, Samsung's S10 5G and the Oppo Reno 5G are tickets to the mobile internet of tomorrow. But the key word here is "tomorrow."