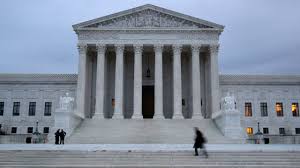 The Supreme Court has cleared the way for you to go get FUCT. In a 6-3 ruling, the justices determined that a law prohibiting registration of "immoral or scandalous" trademark names violates the First Amendment.

The case, Iancu v. Brunetti, pitted a clothing manufacturer of the aforementioned brand name "FUCT" against the U.S. Patent and Trademark Office (PTO), which refused to accept the trademark registration because of its vulgar nature. Erik Brunetti fought the decision, and today the justices ruled in his favor.

The majority decision, written by Justice Elena Kagan and joined by Justices Clarence Thomas, Ruth Bader Ginsburg, Neil Gorsuch, and Brett Kavanaugh, ruled that this part of the Lanham Act is unconstitutional because it discriminates on the basis of viewpoint. This ruling builds on a decision from 2017, Matal v. Tam, in which the Supreme Court ruled for similar reasons that the PTO couldn't reject the trademark for the band name The Slants as being offensive or disparaging.

The Tam ruling is invoked and quoted extensively in this ruling. Here's Kagan:

So the Lanham Act allows registration of marks when their messages accord with, but not when their messages defy, society's sense of decency or propriety. Put the pair of overlapping terms together and the statute, on its face, distinguishes between two opposed sets of ideas: those aligned with conventional moral standards and those hostile to them; those inducing societal nods of approval and those provoking offense and condemnation.