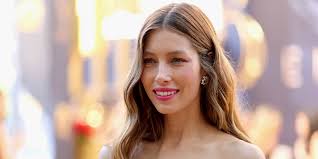 (Natural News) It's not every day that a high-profile individual decides to break from the herd and express unpopular viewpoints that could negatively impact her career. But that's exactly what actress Jessica Biel has done by boldly joining up with Robert F. Kennedy Jr. to challenge restrictive new legislation recently proposed in California that would make it even harder for parents to opt their children out of mandatory vaccinations.

On his Instagram account, Kennedy recently shared a series of photos of himself and Biel in Sacramento, where the two spoke with legislators about the threat of Senate Bill 276. Introduced by none other than corrupt drug and vaccine hack Richard Pan, SB 276 would require that all written statements by physicians allowing vaccination exemptions also be signed by an official from the State Department of Public Health.

This added hurdle would make it more difficult than ever for California parents to exempt their children from mandatory vaccinations for medical purposes, since that's now the only exemption option afforded to parents in the Golden State. Prior to Pan's legislative crusade against health freedom, California parents could freely exempt their children from mandatory vaccinations on not just medical grounds, but also for religious, personal and philosophical reasons.

"Please say thank you to the courageous [Jessica Biel] for a busy and productive day at the California State House," Kennedy wrote in the caption below the photo series he shared to his Instagram account.

As to be expected, the pharma brigade has been quick to condemn Biel simply for standing up in defense of health freedom. Dr. Jennifer Gunter, a California gynecologist, jumped on her Twitter account after hearing the news to accuse Biel of coming out "as pro childhood death," arguing that California children will some how die "from measles and influenza" if Pan and his fellow vaccine apologists don't get their way in imposing more nanny state restrictions on medical exemptions for vaccines.