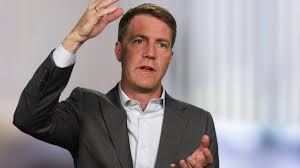 Here's video taken by a man of AGWs rummaging through a UHaul for reasons unclear. The man is recording the action from several feet away, while standing on a public sidewalk. An AGW runs up like a vicious Goose, demanding the man stop, accusing him of "obstructing his investigation" – by watching him "investigate."

How this "obstructs" anything is hard to grok. And besides – if the AGW hasn't got anything to hide, why is he worried about being filmed? If it's good for the Goose – why not the Gander?

The AGW doesn't see it this way, of course. And rather than continue his "investigation," interrupts it by shining a bright flashlight at the man's camera rig. Of course, this would be "obstructing" – would be assault – if the man recording did the same thing to the AGW.

Soon, there are six AGWs converged on the "scene" – not "investigating" whatever the issue was with the Uhaul but fixated on the man recording them, who hasn't shown the expected (but not legally required) deference to their Authoritah.

The man tries to explain the law to these "law enforcers" – who makeup their own laws, then enforce them.

This happens routinely – and it is perhaps for that reason nothing's done about it. AGWs routinely flout the actual law – and enforce their own made-up laws – without repercussions, so why wouldn't they continue to do so?

And the people know this – that AGWs are a law unto themselves – and so have become habituated to servile deference to the unstated law – of AGW Authoritah.

Nothing will change for the better until AGWs are held to the same standard everyone else is. When they are arrested, charged – and punished – as we are.