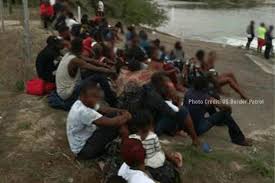 People like to think of Ebola as a disease that only strikes superstitious locals in the deepest jungles of the Democratic Republic of Congo. But just like the last time the disease made it to our shores, there are warning signs and it's time to start paying attention.

There are several events in the news that when looked at together, lead to concerns we could be looking at a replay of 2014.

This article is not being written to demonize people from certain regions or the world, to bring up arguments for or against immigration, or to scare the pants off you. It's a collection of facts that I've written with as little bias as possible.

Everyone remembers the Ebola outbreak of 2014. It ripped through West Africa for two years, killing over 11,000 people and sickening nearly 30,000. But the reason WE remember it in the United States is that it crept into our country. Shortly after the CDC warned us to prepare for a potential Ebola pandemic, the first case was diagnosed in Dallas, Texas, when a man from West Africa visited the hospital on two occasions, having been turned away the first time as just having "the flu." The original patient died, and two nurses caring for him caught the potentially deadly virus. One patient completely overwhelmed an entire hospital.

It is honestly shocking that more people didn't become ill, as one nurse traveled on a plane while sick, and in another incident, a doctor in New York City who had volunteered in Guinea was also diagnosed. All in all, eleven people in the United States were treated for Ebola (that we know of, anyway) and it certainly wasn't because of the expert handling of the near-crisis. It was pure luck.

There were all sorts of mismanagement. Everything from not requiring a quarantine of travelers returning from the affected area to housing 11 potential cases in a hotel to a ship from Liberia with sick passengers being allowed to dock in New Orleans to the near-disastrous handling of contaminated samples in Dallas, it is an absolute miracle that there was no major outbreak in the US.

If there were hundreds or thousands of patients across the country, it wouldn't take long for things to devolve into absolute chaos. Ebola can have a death rate as high as 90%.

1) The DRC is in the midst of the second largest Ebola outbreak in history.

According to the World Health Organization, confirmed cases of Ebola have exceeded 2000 in the DRC. This makes it the second-largest outbreak in history, after the 2014-2016 epidemic.

There are several reasons that the WHO has been unable to get a handle on this outbreak. Last year, I wrote about how the families of Ebola patients were breaking them out of quarantine and taking them to prayer meetings. I also wrote that the disease had reached a major urban center, increasing the likelihood of its spread.

The area at the heart of the outbreak is a warzone, which makes it difficult for doctors to treat patients, and at the same time, the patients are untrusting of modern medicine. People are fleeing Ebola-stricken villages in fear, which just makes the spread more likely.