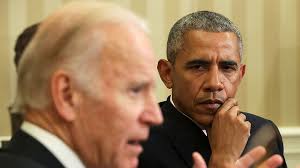 Judicial Watch obtained the documents in a Freedom of Information Act (FOIA) lawsuit filed on April 25, 2018 on behalf of itself and the Daily Caller News Foundation against the State Department after it failed to respond to three separate FOIA requests (Judicial Watch v. U.S. Department of State (No. 1:18-cv- 00968)). The lawsuit seeks:

All records and/or memoranda provided by Christopher Steele and/or his firm Orbis Business Intelligence or by others acting on Steele's/Orbis's behalf, to State Department officials.

Any and all records in the custody of the State Department related to the provision of documents to British national Christopher Steele and/or his firm, Orbis Business Intelligence, or the receipt of documents from Steele or his firm.  Time period is January 20, 2009 through the present.

All records created in 2016 by Jonathan M. Winer relating to research compiled by Christopher Steele.

In an email exchange on September 19, 2016, Glenn Simpson of Fusion GPS asks Winer if he is "in town?" Winer replies "For a couple of hours."

In an email exchange on September 26, 2016, Winer emails Nuland asking for "15 minutes of your time today if possible," to discuss a "Russia related issue" from his "old O [Orbis Business Intelligence] friend." Orbis was co-founded and run by Russia dossier author Christopher Steele. Nuland's assistant suggests a secure call for the discussion and Winer asks his aide to postpone a meeting he was to have with the State Department Bureau of Intelligence and Research (INR) to accommodate.

In an exchange beginning in November 2016, Hoyer top-aide Silverberg emails a "thank you" to Nuland, calling her a "warrior on these issues" and stating that he looks forward to pursuing "some of the things we discussed yesterday, albeit on the system integrity side." Nuland forwards this email to Winer who adds that he wants to talk about "some new info."

It was a delight to speak today, notwithstanding the context. You've been a warrior on these issues, and I look forward to speaking further to preserve and wherever possible strengthen the important work you have done. I'll follow up regarding a possible working group meeting.

Thanks, Daniel. I look forward to continuing our collaboration in whatever capacity life brings. Copied here is Jonathan Winer, who has some legal ideas that may be of interest to you and Cong. Hoyer.

They want to pursue some of the things we discussed yesterday, albeit on the system integrity side.