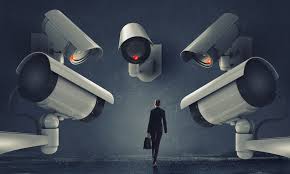 One of my favorite TV shows was Person of Interest. In that show, a genius programmer was hired by the government to develop an artificial intelligence (AI) computer to tap into and analyze communication feeds and predict activities that may pose a threat. Unfortunately, as you can imagine, things spun out of control; the system that was designed to benefit society was not always beneficial to citizens.

As amusing as it is to watch escapist fiction such as this, it's not so enjoyable when you realize it's no longer fiction. China has already developed the infrastructure to envelop their citizens in this protective surveillance net and has begun that slippery slope of using AI to not only catch activities deemed undesired by the government – it's starting to take action against those observed.

In the city of Shenzhen (and most likely others), when an offender is observed jaywalking via video surveillance, they will publicly humiliate you by showing your face on screens located around the city. Now that's bad enough but they're going a step further. Those identified will have their cell phone 'pinged' and be sent an immediate fine.

By the way, Intellifusion, the company behind the AI system involved is in talks with WeChat and Seina Weibo (China's equivalents of Facebook and Twitter).

The surveillance state is expanding, and even children are not exempt.

You may think there must be some kind of check-and-balance system built in to ensure that children would be protected so that they wouldn't suffer the same consequences as an adult. You'd be wrong.

As you can imagine, this outing of a child in such a public manner has sparked outrage. Instead of backing down on their stance, the police have doubled down and stated that no one is above the law and its draconian reaction. Of course they have. I know if I wanted to start weeding out hidden miscreants, I'd set up exactly this scenario. Guess what's going to happen to those expressing their discontent.

You may think that all this isn't so bad because it's just surveillance out in the street, where people can see you anyway, so what's the big deal? Well, this is just the beginning. In order to crack down on children playing on gambling sites on their computers, corporations are now starting to institute facial recognition utilizing the user's webcam. Of course children shouldn't be gambling but now long until this in-home video requirement expands to include normal, everyday websites such as social media? How long until they convince you it's much more convenient for you to just use cameras that you can have installed in your home to protect children, assist in gaining you access to what you need, and help you increase your social credit by watching your good deeds at home at the same time?

Surveillance systems are insidious and are finding their way into our homes.

In case you're one of those 'careful' types who wouldn't allow that kind of nonsense in your home, Huwawei and other very large manufacturers of electronics in China and around the world have become big suppliers to China's security services. All they need to do is develop surveillance systems that help improve our lives at the same time so we actually pay for the privilege. Systems such as Ulo not only watch your home for you, it becomes part of your family. Can you think of other surveillance systems that we've now graciously invited into our homes?