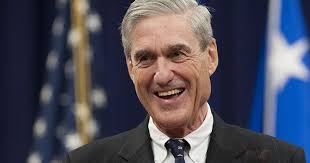 "It's all a fraud" tweeted Nunes, replying to a tweet by @JohnWHuber (Undercover Huber), who also posted a comparison between the Mueller report and a newly released transcript of a November 2017 voicemail message left by former Trump lawyer John Dowd, in which he asked former national security adviser Michael Flynn's attorney for a "heads up" if Flynn was planning on saying anything that might damage the president.

Mueller's team omitted key context suggesting that Dowd was trying to strongarm Flynn and possibly obstruct justice by shaping witness testimony, while the actual voicemail reveals that Dowd was careful not to tread into obstruction territory in what was a friendly and routine call between lawyers.

Dowd qualifies his request by saying "without you having to give up any…confidential information" in order to determine "If, on the other hand, we have, there's information that…implicates the President, then we've got a national security issue, or maybe a national security issue, I don't know… some issue, we got to-we got to deal with, not only for the President but for the country."