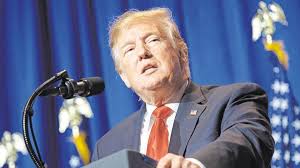 In his latest act of protectionist aggression in what has already been an action-packed week, Trump late Friday announced that his administration was terminating India's designation as a developing nation under a trade program that allowed Indian exporters to ship 2,000 products into the US duty free. The decision to revoke India's preferential trade status, which mirrors Trump's decision to revoke Turkey's status under the program a few weeks back, comes one day after Modi was sworn in for a second term.

Under the decades-old program - known as the Generalized System of Preferences - Indian companies were able to avoid some $5.7 billion in duties back in 2017.

"I have determined that India has not assured the United States that India will provide equitable and reasonable access to its markets," Trump said in a proclamation on Friday evening. "Accordingly, it is appropriate to terminate India's designation as a beneficiary developing country effective June 5, 2019."

The decision isn't unexpected: The White House warned back in March that it could end India's preferential treatment if India didn't agree to certain reforms, but it decided to hold off so as to not hurt Modi politically during the run up to the election. According to Bloomberg, Trade Representative Robert Lighthizer has become increasingly frustrated with India's trade barriers and practices. The trade rep has taken issue with the country's self-designation as a developing nation at the World Trade Organization.