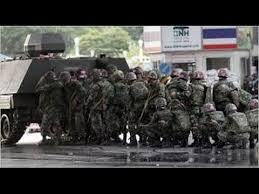 Of all the people I have known, Vance reshaped my world view. I came to fully understand Steve Quayle's admonition that one cannot solve the dilemma that has become the New World Order, with physical strategies. Physical strategies must be employed, however, as Steve states "this is a spiritual war above all else". When Steve made that statement on my radio show, I knew he was correct because I heard the same from my father (1984-1986). And then came along, Vance Davis.

The Late Great Art Bell
The first time I have ever heard to the Art Bell show was in 1993 an it was quite by accident. The show formerly aired on Phoenix's largest station, KTAR. With my wife out of town on business, I had just listened to a sporting event on the radio as I was working on a proect, and with the radio still playing, I laid down and I had my first exposure to Art Bell. His first guest was Vance Davis. Vance had recently been released from prison because while working at NATO for the NSA, he discovered a plot to effectively destroy humanity. He and some of his colleagues deserted their post, refusing to participate in what they had been tasked with doing. You might be wondering what would cause a loyal American to desert? Vance learned about a plot that had initially failed to alter the soul of a human being, so transhumanism was ushered in as a strategy and it had an ET connection to it. Someday, I will ask Vance to reveal the primal details. For now, let's just suffice it to say that Vance refused to participate in the early days and the ushering in of the transhumanistic agenda. Those of you who missed Steve Quayle's conference in Branson, MO., last year, missed a great opportunity to fully understand Satan's transhumanistic agenda which is designed for all of us. For now, let's just say the words "depopulation" and "dehumanization" will suffice.