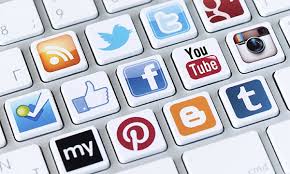 Not long ago, information technology was heralded as a tool of democratic progress. Some referred to the Arab Spring uprisings that swept the Middle East as the "Facebook Revolution" because activists used social media to organize and rally fellow citizens. Online platform technologies, it was believed, helped promote equality, freedom, and democracy by empowering citizens to publish their ideas and broadcast their everyday realities unconstrained by gatekeepers, communicate freely with one another, and advocate for political reform.

In recent years, however, doubts have surfaced about the effects of information technology on democracy. A growing tech-skeptic chorus is drawing attention to the ways in which information technology disrupts democracy. No country is immune. From New Zealand to Myanmar to the United States, terrorists, authoritarian governments, and foreign adversaries have weaponized the internet. Russia's online influence campaign during the 2016 United States presidential election demonstrated how easily and effectively bad actors could leverage platform technologies to pursue their own interests. Revelations about Cambridge Analytica, the political consulting firm hired by Donald Trump's presidential campaign that acquired personal data from 87 million Facebook users, exposed Facebook's failure to monitor the information third parties collect through its platform and prevent its misuse.