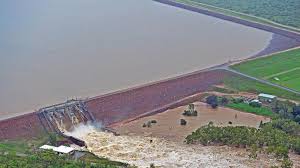 With China's bond market continues to be hammered in the aftermath of the government's surprise seizure of Baoshang  Bank (see "A Big Wake Up Call": Chinese Bond Market Roiled By First Ever Bank Failure"), the PBOC - whose open market operations had been in dormancy for much of 2019 - finally panicked and on Wednesday injected a whopping net 250 billion yuan ($36 billion) into the financial system via open-market operations, as it fills what traders have dubbed a growing funding gap following the Baoshang failure.

The consequences of this liquidity flood were instant: China's overnight repurchase rate, a measure of interbank liquidity, tumbled the most in three weeks, while the benchmark 7-day repo rate also declined.

"The operations so far this week send a strong signal that the PBOC is ready to ensure ample liquidity for the market, amid fragile sentiment in the credit and bond market," said Westpac strategist Frances Cheung. The central bank also set the daily yuan fixing at a stronger-than-expected level to prevent even a hint of speculation that China will be have no choice but to devalue the yuan as part of the "reliquification" of the market.

The PBOC's massive liquidity injection, which was the largest since January when the S&P was still close to a bear market and started the tremendous Chinese stock market rally, also helped the Shanghai Composite be one of the few markets that closed in the green overnight.