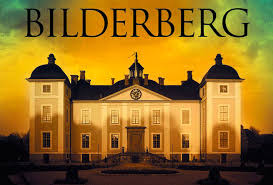 Bankers, Prime Ministers, CEOs and defence experts will meet in Montreux, Switzerland, to discuss a wide range of topics including Russia, cyber threats and Brexit.

From Thursday to Sunday 130 influential men and women from 23 countries will meet under strict secrecy rules and the precise location of their venue has not been revealed.

According to the Bilderberg Group, their discussions will be 'informal' and without specific agenda, besides their publicised list of broad talking points.