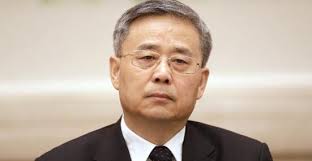 Historically, when the PBOC wanted to exert a little influence on its FX market, it had merely to suggest intervention, or prompt its bankers to bid the yuan to squeeze the shorts... and it worked. In January 2017, when officials grew upset about the yuan's weakness, they choked cash supply in Hong Kong and sent the currency's deposit rates to record highs. That helped drive a rally in the offshore yuan.

And the last six months have seen numerous significant squeezes.

After the recent plunge took the currency to the brink of the critical 7 per dollar level, Guo Shuqing, head of China's banking and insurance regulator, warned in a speech last night that speculators "shorting the yuan will inevitably suffer from a huge loss."

The reaction was as expected, Yuan started to accelerate higher as the speech, delivered by a spokesman for the agency in Beijing, was run on front-page articles among local media, as Guo attempted to placate fears (and capital flight) claiming that higher U.S. tariffs will have a "very limited" impact on China's economy even if it raises levies to the maximum level, and would hurt the U.S. about as much.

However, the short-squeeze in yuan lasted around an hour, before sellers returned...