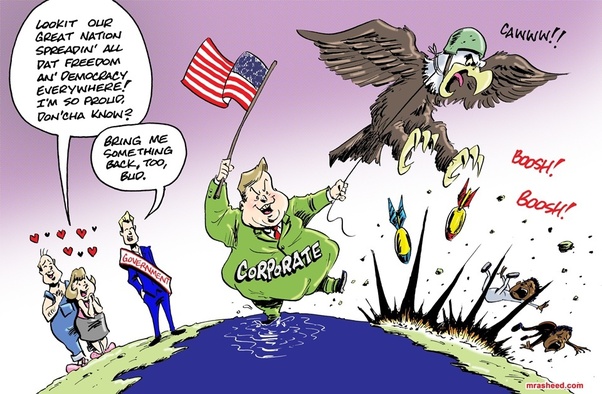 Vietnam gave the US its biggest ever defeat, both militarily and morally, and yet mere years after its deeply humiliating withdrawal was put into action, the country was back at sending its promising young boys and girls not to its school systems, but to far away battle fields to be crippled, traumatized and slaughtered.

I know, I know, the UK and France do that too, but few other places do. Russia today uses its troops to defend its territory, China has yet to reveal its intentions. But the intentions of the US have been known ever since WWII ended.

In 1956, president Eisenhower, himself a longtime military man, warned the country upon taking leave of office, of the military-industrial complex that was threatening to take over its government. Less than 10 years later, that's exactly what the complex did, and it's never looked back.