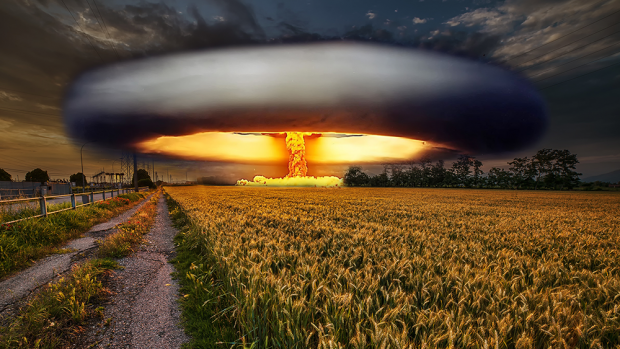 This is the beginning of the end for the treasonous, criminal deep state under which America has suffered for far too long, spanning multiple presidential administrations including Obama, Bush and Clinton.

Now, the deep state finds itself at "maximum desperation," and it is going to trigger every last-ditch tactic it still has remaining in order to try to save itself.

This means we are now facing the greatest threat of internal sabotage that America has ever faced in its history, and some of the acts the deep state may be able and willing to carry out to cause maximum chaos include:

An attempted assassination of President Trump.

A nuclear "dirty bomb" detonation in a major U.S. city.

The release of a chemical or biological weapon on U.S. soil.

The detonation of an EMP weapon to bring down a regional power grid.

Cyber attacks on the U.S. power grid to cause mass chaos.

Massive false flag shootings, bombings or 9/11-scale attacks on innocent Americans to cause violence and chaos that will be blamed on Trump.

Also, as you know, I continue to believe the No. 1 false flag scenario being plotted by the deep state is a massive, coordinated false flag shooting that targets the offices of a tech giant such as Facebook or Twitter. The purpose of this event would be to blame gun owners, conservatives and Trump supporters while justifying the censorship of all conservatives. Importantly, such an event would be engineered by the corrupt FBI and deep state traitors meet the following conditions: