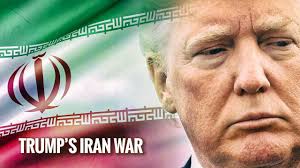 The president should scroll through his old tweets, rather than listening to John Bolton.

Trump's 2016 campaign was defined largely by the scattershot and freelancing style of his rallies and debate performances, but one of his most consistent and specific positions was one of general skepticism about American military interventions in other countries. He wrecked the Republican primary field, and humiliated Jeb Bush specifically, by simply calling America's post-9/11 wars what they obviously are: a disaster. He took that same approach in dispatching Hillary Clinton, who was saddled with her own long history of supporting wars in Iraq, Libya, and elsewhere.

But Trump wasn't just Monday morning quarterbacking conflicts that were already going poorly. Even before running for president, he warned about the prospect of war with Iran—and about how his predecessor could stoke such a conflict for domestic political reasons.

On at least five occasions between October 2012 and November 2013—a period when tension with Iran was rising, as the Obama administration put pressure on the Iranian government to negotiate a nuclear deal—Trump issued warnings and predictions about the foolishness of war.

Now that Obama's poll numbers are in tailspin – watch for him to launch a strike in Libya or Iran. He is desperate.

Don't let Obama play the Iran card in order to start a war in order to get elected--be careful Republicans!