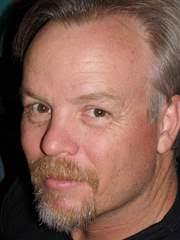 Less than 612 shopping days until the next empty [pant]suit shuffles into the Offal Office. Prioritize your training and your purchases with that in mind.

One benefit of the new millennium is the communists have become much more bold and confident in their control to advance their deepest held beliefs in the public sphere. The faculty lounges are filled with disenchanted feminists who waddle into the professors' lounge, park their brooms on the rack and step over to the cauldron with other miserable wretches to conjure new ways to make government supremacism a reality. I can't making any of this shit up and it is hard to understand that my tax dollars were thieved to subsidize this kind of Marxoid swill.

Hence Comrade Sophie Lewis has articulated out loud what many totalitarians in the last hundred years have daydreamed about: abolishing the family to sunder capitalism. Rosemarie Ho [irony abounds] interviewed her about last month:

"I sat down with her over a cup of tea at The Nation's offices and talked about why rethinking gestation is central to an emancipatory politics, how we can use surrogacy to subvert oppression, and what kinship beyond possession, beyond capitalism, beyond patriarchy could look like."

They talk this way, they really do.

If you can read the entire article without an air sickness bag, good luck.

And keep in mind, a publisher edited this and went to the trouble to publish and promote this.

I'm so sick of this pseudo-scientific crap, these social analyses pulled so easily from the ass of the Neo-Marxist. Pretentious fabrications like "heteronormativity." This is why I pull away from socialism and communism. Marx and Engels have nothing to offer our age.

I stand my my notion that private guns are infinitesimally less damaging than government guns informed by shooters who believe this poisonous alien bile.

On a personal note, my youngest boy rotates back to the states in three months, can't wait. We have a lot of lost time to make up. He is a world class shooter. His squaddies call him Jason "Fucking" Bourne. Range time!

Skip, the Village Armorer, is up at the Overland Expo showing off his extraordinary Toyota Landcruiser and trailer build. Custom fab and very thoughtful engineering. -BB

I would have never guessed I would be fighting against the mass appeal of communism again in my lifetime [I am in my late fifties]. Mind you, my definitional standard for what makes a communist may be more broad than the accepted constructs by "polite society". I suggest that every government supremacist no matter their perceived affiliation along the cleverly manipulative falsehoods of the bidirectional nonsense of left and right ends up in the same continuum as the aspiring communist sympathizer. There are individualists and collectivists but nothing in between, all collectivists are naturally interventionists and through their simpleton conceptions of employing violence to form society, they set the conditions for leviathan states that snuff out every aspect of liberty and freedom informed by atomized moral volition.

The alt-right clown posse even flirts with the alt-Marxian visions of the national socialists and the Mussolini-style state corporatists.

By employing political frameworks that put homicidal violence brokers in empty suits in positions of power over vast swaths of humanity, they shape the conditions for the gulag states that modern education and technology enables.

I have said before that if the federal government in the US were forbidden from stealing a single dime from its supplicant populations it would wither and die and further, if it was unable to transfer a single ruble of its stolen booty to the vast government enstupidation factories from K-PhD, communism would die on the vine in the west as a "rational" framework in a generation. The education complex in America is the primary communist software virus hothouse in the US if not the west.