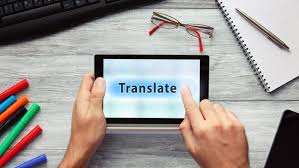 Google has announced a new translate tool which convert sone language into another and preserves the speaker's original voice.

The tech giant's new system works without the need to convert it to text before.

A first-of-its-kind, the tool is able to do this while retaining the voice of the original speaker and making it sound 'more realistic', the tech giant said.

Google claims the system, dubbed 'Translatotron', will be able to retain the voice of the original speaker after translation while also understanding words better.

It can directly translate speech from one language into speech in another language, without relying on the intermediate text representation in either language, as is required in cascaded systems.

'Translatotron' is the first end-to-end model that can directly translate speech from one language into speech in another language,' Google wrote in a blog post.