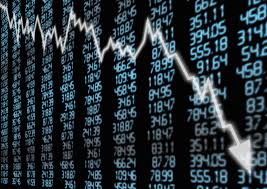 "Just as tentative signs appeared that a recovery is taking hold, trade tensions have re-emerged as a credible and significant threat to the business cycle," said Morgan Stanley's chief economist, Chetan Ahya, highlighting a "serious impact on corporate confidence" from the tariff feud.

To be sure, even before the latest trade war round, global growth and trade were already suffering, confirmed most recently by last night's dismal China economic data, which showed industrial output, retail sales and investment all sliding in April by more than economists forecast.

A similar deterioration was observed in the US, where retail sales unexpectedly declined in April while factory production fell for the third time in four months. Meanwhile, over in Europe even though Germany's economy emerged from stagnation to grow by 0.4% in the first quarter, "the outlook remains fragile amid a manufacturing slump that will be challenged anew by the trade war." As a result, investor confidence in Europe's largest economy unexpectedly weakened this month for the first time since October.

Framing the threat, a study by Bloomberg Economics calculated that about 1% of global economic activity is at stake in goods and services traded between the US and China. Almost 4% of Chinese output is exported to the U.S. and any hit to its manufacturers would reverberate through regional supply chains with Taiwan and South Korea among those at risk.