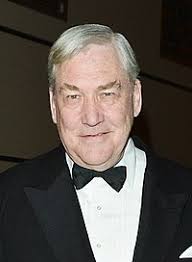 Former media mogul Conrad Black has been granted a full pardon by President Donald Trump for his prior conviction on counts of fraud and obstruction of justice, for which he spent more than three years in prison.

Black, a Trump supporter who wrote the fawning biography Donald J. Trump: A President Like No Other in 2018, once controlled Hollinger International, which at one point was the world's third-largest English language newspaper company. Hollinger was the publisher of The Daily Telegraph (UK), Chicago Sun-Times (US), and The Jerusalem Post (Israel), as well as hundreds of smaller community newspapers.

But a complicated corporate controversy over some of the company's assets saw Black found guilty in a Chicago court of diverting funds for personal benefit from money due to Hollinger International, as well as obstruction of justice.

He served nearly 42 months in Florida prison and was fined $125,000 as a result of the convictions. The Hollinger group was subsequently dismantled in a wave of criminal and civil lawsuits that followed. However, some contended Black had accurately predicted the decline of print media and tried to divest the company of those assets, saving shareholder value rather than manipulating for his own benefit.

The criminal violations in Black's case were for removing 13 boxes of paperwork from his offices a few days before moving, and receiving $285,000 as a non-compete payment that was approved by an independent director and publicly disclosed, but never signed by the parties because of a secretarial error. The US Supreme Court overturned other charges of mail fraud and obstruction.

In a White House statement, Black was described as "an entrepreneur and scholar" who has a "distinguished reputation for helping others" and worked as a tutor in prison. "In light of these facts, Mr. Black is entirely deserving of this Grant of Executive Clemency," the statement read.

The statement lauded Black as "the author of several notable biographies and works of history. These include comprehensive biographies of Presidents Franklin D. Roosevelt and Richard M. Nixon, a complete history of Canada, and an impressive essay evaluating how the world would have been different had Japan not attacked Pearl Harbor." It did not mention the Trump biography.

The release also cited character references from a diverse slate of supporters, including Dr. Henry

It's a good bet Trump will pardon his felon allies. Here's when that's most likely.