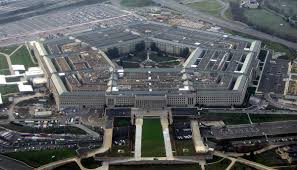 As Michael Pompeo travels to Brussels to discuss the Iranian threat amid a flare-up in tensions that has brought the US to the brink of an armed conflict, the New York Times has published details from a confidential military plan presented to top national security officials that envisions sending as many as 120,000 troops to the Middle East should Iran attack American forces or start ramping up work on nuclear weapons (something it has promised to do if its European partners don't meet their commitments under the Iran deal).

Though the revised plan – it had been modified to incorporate suggestions from John Bolton – doesn't include plans for a land invasion, it does reflect "the influence of Mr. Bolton, one of the administration's most virulent Iran hawks, whose push for confrontation with Tehran was ignored more than a decade ago by President George W Bush."

It's unclear whether Trump himself has seen, or been briefed on, the plan. Asked about it, Trump said "we'll see what happens with Iran. If they do anything, it would be a very bad mistake."

Here are a few key details from the plan according to more than a half-dozen senior administration officials who spoke with the NYT:

The 120,000 troops called for in the plan would be close to the size of the force that invaded Iraq in 2003. The reversal of the US troop presence in the region under Obama and Trump has reportedly emboldened leaders in Tehran and the IRGC that there's no appetite in the US for a war with Iran. Deploying this many troops would take weeks or months.

The most likely trigger for a US military response is still an attack by the IRGC The guard's fleet of small boats has a history of approaching American Navy ships at high speed. Though the plan includes provisions for a US response if Iran once again starts stockpiling nuclear fuel. If Iran does start stockpiling enriched uranium again, the US would have more than a year to formulate a more coherent response, since it would take at least that long for Iran to stockpile anything close to enough to fashion a weapon.

Cyberweapons would be used to paralyze the Iranian economy during the opening salvo of the conflict, in the hopes that this would be enough to cripple Iran before any bombs were dropped. Such an operation would call for "implants" or "beacons" inside US networks. Though, given Iran's increasingly sophisticated cyberweapons, such an attack would still pose "significant risks."

The Pentagon and the CIA Are in Charge of Foreign Policy

Rolling Heads at the Pentagon: Trump as Sacker-in-Chief

Let's Give Trump Some Credit--