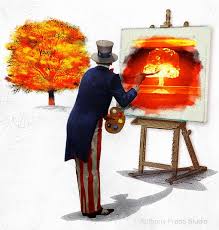 It has imposed an illegal, worldwide financial and energy blockade on all forms of trade with Iran — from oil and gas to exports of iron, steel, aluminum and copper. For all practical purposes, and in any geopolitical scenario, this is a declaration of war.

Successive U.S. governments have ripped international law to shreds; ditching the Joint Comprehensive Plan of Action is only the latest instance. It doesn't matter that Tehran has fulfilled all its commitments to the deal — according to UN inspectors. Once the leadership in Tehran concluded that the U.S. sanctions tsunami is fiercer than ever, it decided to begin partially withdrawing from the deal.

President Hassan Rouhani was adamant: Iran has not left the JCPOA — yet. Tehran's measures are legal under the framework of articles 26 and 36 of the JCPOA — and European officials were informed in advance. But it's clear the EU3 (Germany, France, Britain), who have always insisted on their vocal support for the JCPOA, must work seriously to alleviate the U.S.-provoked economic disaster to Iran if Tehran has any incentive to continue to abide by the agreement.