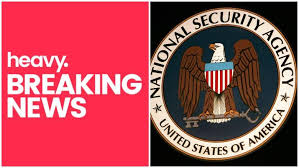 Daniel Everette Hale of Nashville worked as a NSA intelligence analyst while deployed to Afghanistan, after which he worked for the National Geospatial-Intelligence Agency (NGA) - where he worked as a political geography analyst between December 2013 and August 2014.

While assigned to the NSA during active duty for the Air Force, Hale allegedly began communicating with a reporter for an unknown news outlet - meeting with them "on multiple occasions," while also communicating via an encrypted messaging platform.

After his shift from the NSA to the NGA, Hale is accused of printing six classified documents unrelated to his work in February 2014, which were later published by the reporter's news outlet.

According to allegations in the indictment, while employed as a cleared defense contractor for NGA, Hale printed from his Top Secret computer 36 documents, including 23 documents unrelated to his work at NGA.  Of the 23 documents unrelated to his work at NGA, Hale provided at least 17 to the reporter and/or the reporter's online news outlet, which published the documents in whole or in part. Eleven of the published documents were classified as Top Secret or Secret and marked as such. -DOJ