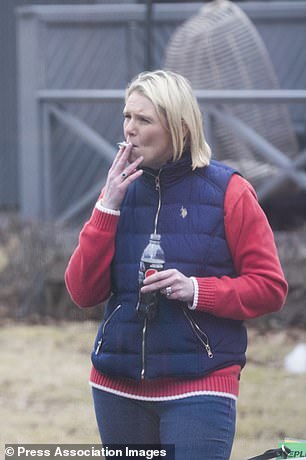 Sylvi Listhaug, who was also elected first vice-chair of the right-wing Progress Party, claims she does not want to take up the role of the 'moral police' and refuses to tell people 'how to live their lives'.

The 41-year-old, who admits to enjoying the odd cigarette, added smokers are made to 'hide away' when they should have 'the right to decide for themselves' whether or not they quit.

Critics have hit back at Mrs Listhaug's comments, calling her policies 'scary' and accusing her of setting Norway's health back 'many decades'.

Mrs Listhaug told the Norwegian broadcasting company NRK: 'People should be allowed to smoke, drink and eat as much red meat they just want. People know pretty much what is healthy and what is not.

'I do not plan to be a moral police and will not tell people how to live their lives, but I intend to help people get information that forms the basis for making choices.'