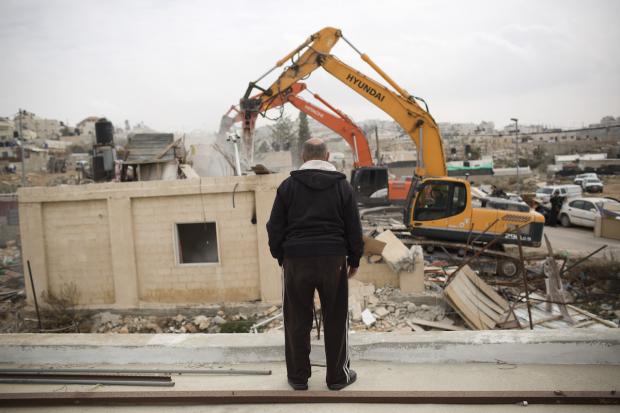 According to the UN, more Palestinians have been displaced in East Jerusalem in the first four months of 2019 than in all of 2018: 193 displaced persons, compared to 176.

In a statement Friday, Jamie McGoldrick, the UN Humanitarian Coordinator for the occupied Palestinian Territories, noted that demolitions in East Jerusalem "have increased at a staggering pace over the last month." He said the actions displaced tens of Palestinians, causing them to "have lost their livelihoods overnight."

According to the UN Office for the Coordination of Humanitarian Affairs (OCHA), Israeli forces destroyed 111 Palestinian structures in East Jerusalem between January 1st and April 30th, 2019, either through direct demolition, or ordering Palestinians to demolish their own homes.

The total number of demolitions for 2019 in the occupied West Bank and East Jerusalem, OCHA said, had reached 214.